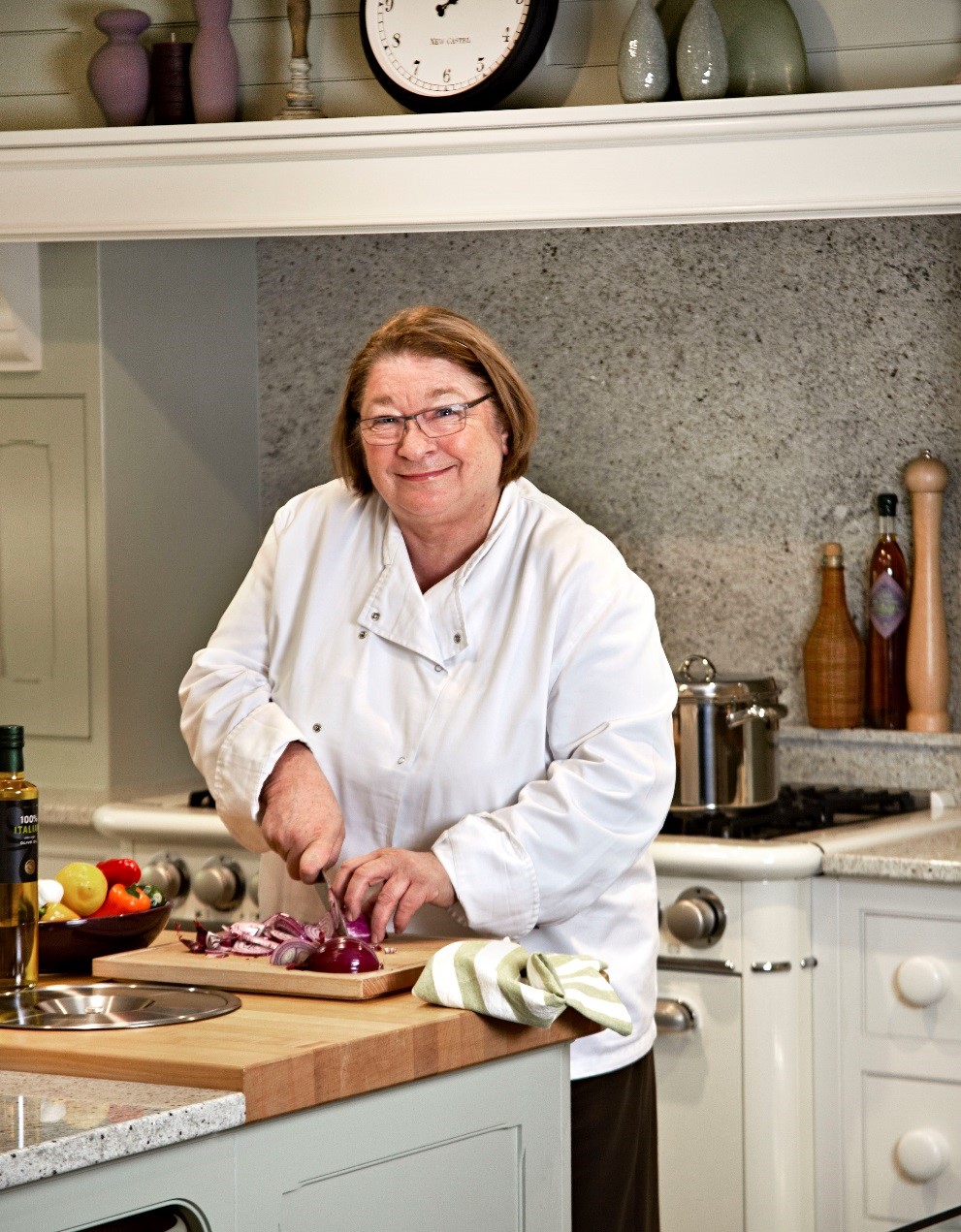 Sometimes when things go wrong, they can then go right in the most unexpected way.

Rosemary was trying to buy a Marina Rinaldi cardigan online and the technology wasn’t working the way it should.  We have an automated email that is sent to shoppers when a basket is filled and then the customer leaves our site. In Rosemary’s case, the automatic system didn’t work and we were overly enthusiastic in trying to repeat email her to try again. Things on the website and email that should click, just didn’t. Ahh well, that’s why I live with a techy.

Styles for TV and everyday

We took a phone call from Rosemary and discovered that the cardigan was for the new BBC cooking program, The Big Family Cooking Showdown, and that Rosemary was one of the judges. She wanted to find some suitable clothes to be filmed in and the said cardigan took her fancy.

After talking, I persuaded her to come into one of our stores so that I could give her the Beige treatment. We chatted for a while so that I could get an understanding of what Rosemary wanted and then I put together a rail of ideas and we met up last Friday.

It’s interesting that having done the research (googled images of Rosemary), when we actually met she was much slimmer than I expected. Large boobs and long slim legs, a great combination, I say.

We did have a bit of a difference of opinion over the idea of trousers. Having met trouser-resistant customers a few times, and knowing exactly what kind of trouser would work perfectly, I finally managed to get her to try a pair on. Considering that this is a woman who was adamant over the phone that she never ever wears trousers, believes that they just don’t work on her and will also never wear trousers on TV…this was a giant step forward. Dressing thousands of customers and having every possible fabric, shape and trouser cut at our disposal, I believe that Rosemary, after she had donned a few pairs, did see the light at the end of the trouser tunnel. Time will tell.

I know that this is a struggle so many of us go through – it is incredibly difficult to be objective about ourselves. Nor do we really know how others see us. Rosemary need not bundle herself up with scarves and cardigans. If she could eavesdrop on me when I’m trying new stuff, she would realise that I have the same struggle. OK, I have different bits that catch my eye, and not in a good way – and I know I really frustrate the team when they love me in something and I just can’t see it. Note to Julia at our North London branch, yes you are quite right and so sorry 😉 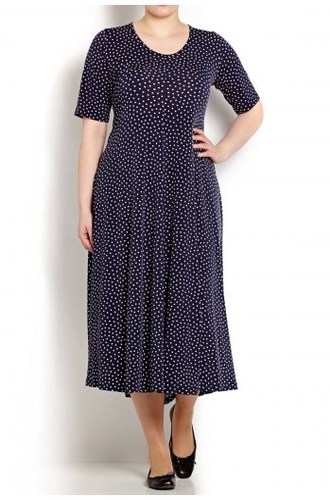 The trousers in a techno-stretch fabric with a slim leg were a success. Although I have to admit that at first glance, Rosemary was struggling, not able to see how we saw them and only looking at all the bits of herself that caused her concern. As she kept them on for a while, she realised how very comfortable they were and the slim leg coming out of a long cardigan was in fact quite an attractive look.

Well she may never wear them on TV, but for sitting on an aeroplane and as just a generally useful garment for every day, I think that she will warm to them.Rosemary has fabulous long legs, slim ankles and great strawberry blonde colouring with a pale honey coloured skin. Navy is a fabulous basic colour for her – much better than black and the Yoek spotty dress was a great look.

We layered the dress with a long line, cream Marina Rinaldi cardigan with navy tipping – the whole outfit was stunning. 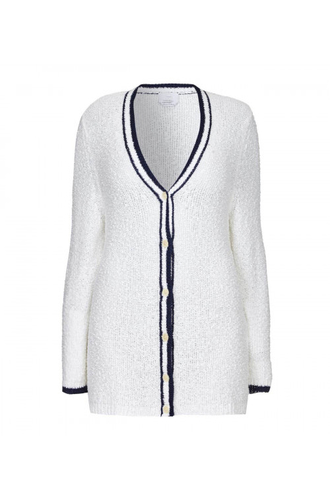 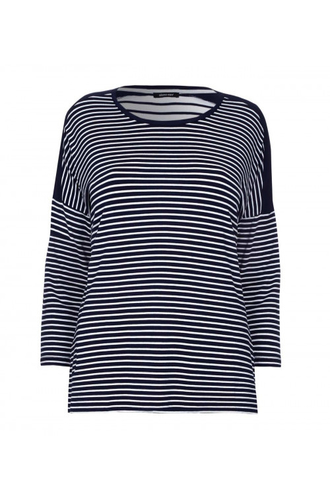 Keeping to the navy theme, we added a techno-stretch long pencil skirt by Verpass and really pushed Rosemary’s comfort zone by adding some Breton stripes by Elena Miro. Yes, horizontal stripes are flattering, slimming in fact, and we love the sleeve on this t-shirt.

Visit us for the Beige treatment

That’s just some of the good ideas that we came up with, to see more you will have to wait and watch Rosemary’s new show. We have only helped for the last few episodes so you will have to be patient.

What we loved was that although Rosemary does love Marina Rinaldi – she doesn’t always wish to be dressed head to toe in it. I think that she appreciated that she had found a shop that stocks a huge number of other brands and that her end result was an interesting mash-up of great designer clothes for curvy women.

By the way, the cardigan that she tried ever so hard to buy online, whilst an adorable piece, we decided it didn’t suit her. It was all worth it in the end and sometimes, buying in store is simply the best solution.